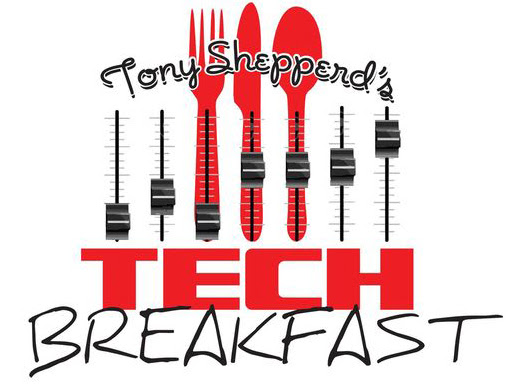 Tech Breakfast was started in 1998. Tony Shepperd tells the story about a session he and Stephen Bray were producing with Dave Boruff playing sax. They finished the session around 10am and Stephen suggested they go down the street from his studio to a restaurant called the Coral Cafe to have breakfast. The whole time they just sat and talked tech and had a great time.

So at the end of breakfast, Tony suggested that they do this every other month and call it: Tech Breakfast!