Keeping the Music Playing with the Recording Academy 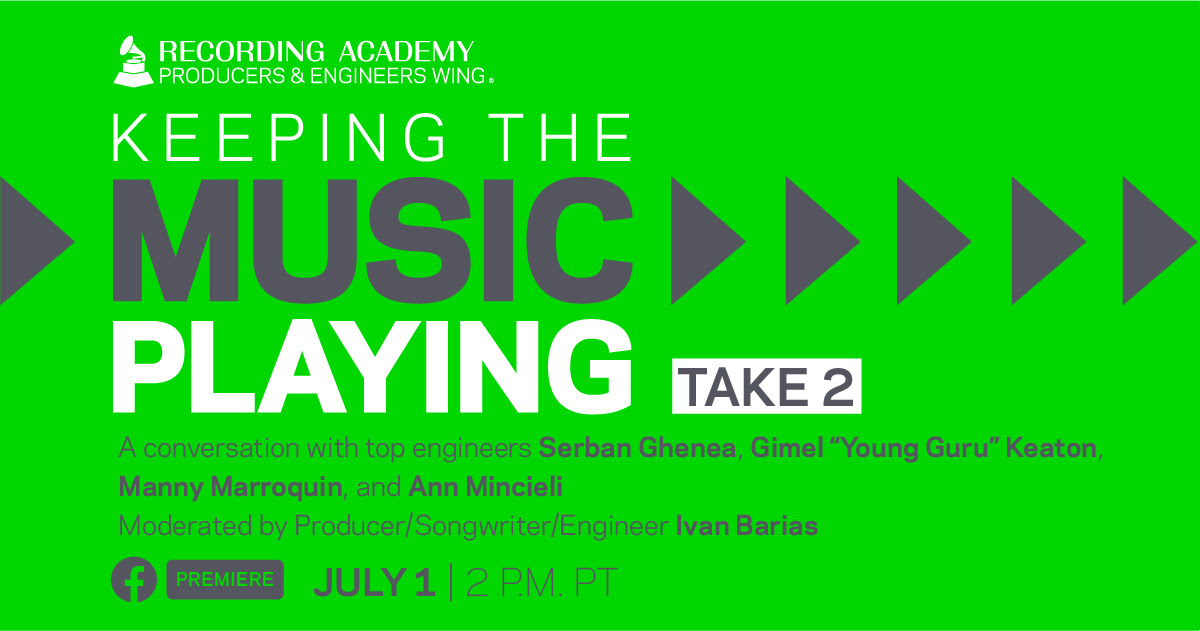 Barias is a Recording Academy Trustee, and both Barias and Mincieli are co-chairs of the P&E Wing Steering Committee. Due to overwhelming response, “Keeping The Music Playing!,” which was first broadcast to P&E Wing members on Zoom and was so engaging it ran more than double its originally scheduled length, is now available to everyone!