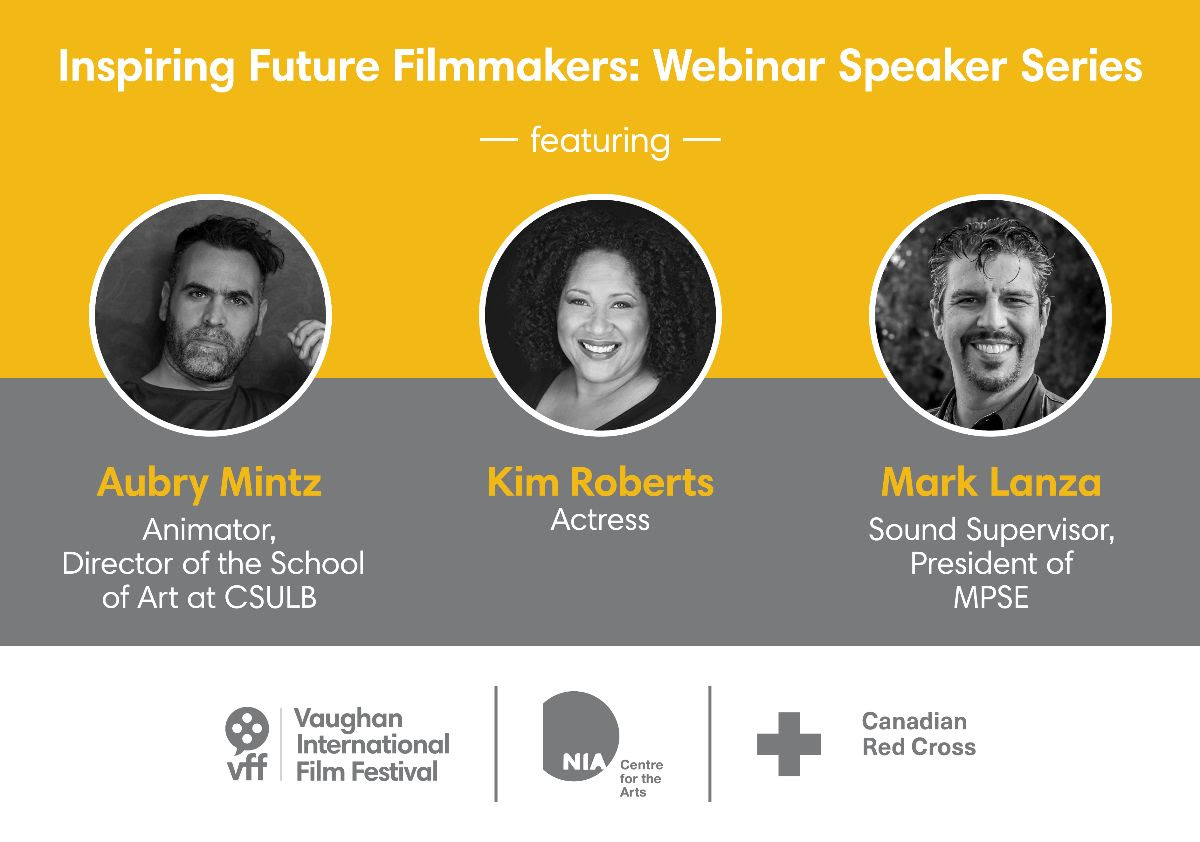 Join the Vaughn International Film Festival this week for the Inspiring Future Filmmakers: Webinar Speaker Series where they will be discussing Industry vs. Artistry: Navigating the Acting Industry with Kim Roberts.

Kim is a Canadian actress with over 200 film, television, and theatre credits to her name. She is best known for her roles in The Handmaid’s Tale, Schitt’s Creek, and Cloudy with a Chance of Meatballs. She was the first Black woman to have a speaking role in a nationally televised Canadian commercial and has since co-founded a prominent Black theatre company, named Obsidian Theater. Kim continues to act and be a mentor to emerging actors of colour.

The Vaughan International Film Festival is partnering with The Nia Centre for this three-part webinar series to inspire future filmmakers. Join them every Saturday – until November 21, 2020 – at 2:OOpm EST for Inspiring Future Filmmakers: Webinar Speaker Series with panelists such as Aubry Mintz (Animator, Director of the School of Art at CSULB), Kim Roberts (Actress), and Mark Lanza (Sound Supervisor and President of MPSE).